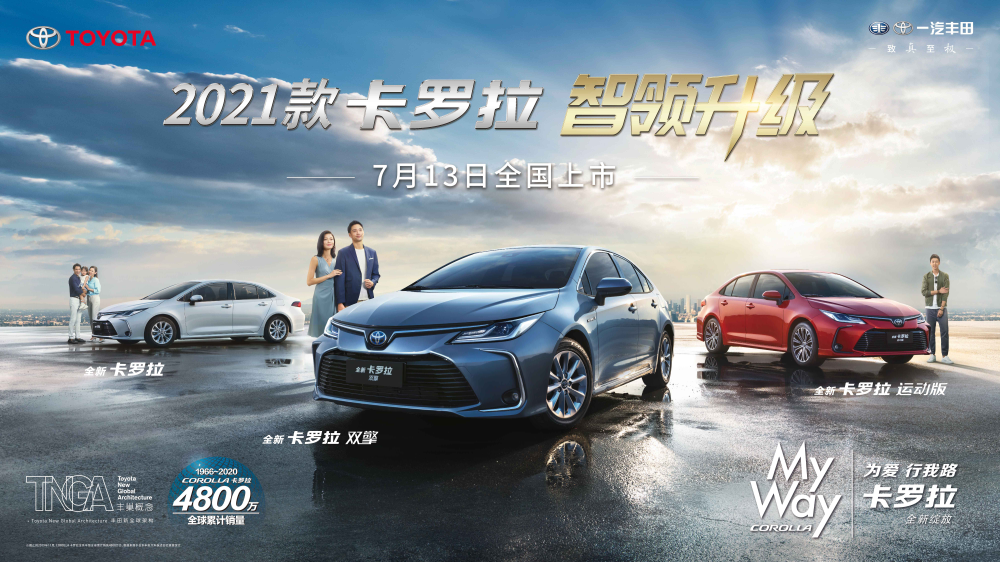 Artificial intelligence upgrades and new voice control functions make Corolla gorgeously transformed into an obedient family car. Users can control the windows, sunroof, navigation, entertainment, automatic air conditioning and other functions in the car by simply issuing voice commands when driving. , Not only makes the control in the car easier, but also helps the driver to devote more energy to road conditions and driving.

The entertainment function is upgraded, and entertainment applications such as QQ Music and Himalaya FM are added. Users are no longer boring when traveling. They can listen to books and music when they open the application, and enjoy intellectual fun all the way. 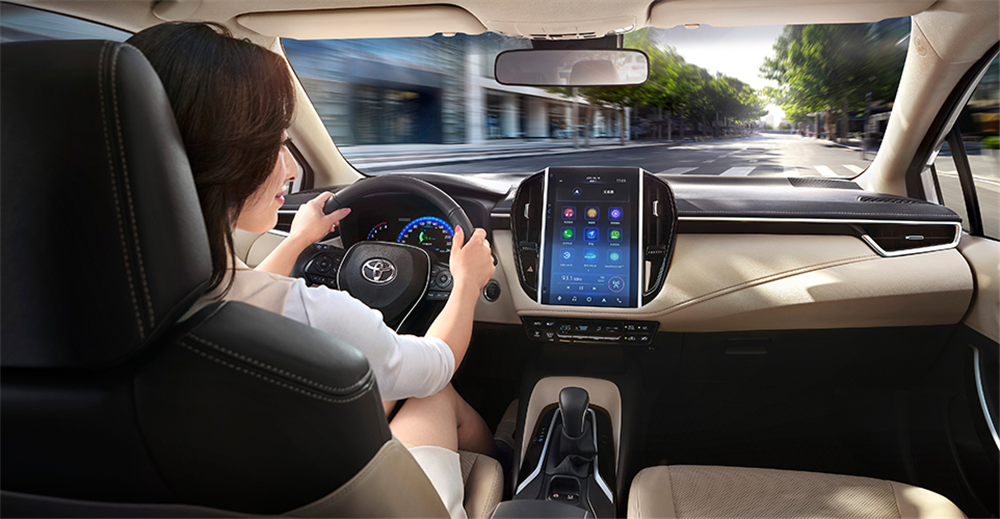 Intelligent navigation upgrade, the top-equipped vehicle navigation system can not only plan the route for the user, provide prompts based on the traffic information and restricted traffic conditions of the day, but also provide the push of common routes, and even intelligently prompt the user’s points of interest such as shopping, entertainment, and dining, while traveling You can also discover new joys of life on the way. The addition of Baidu's smart home appliances function will further link mobile travel and users' lives. 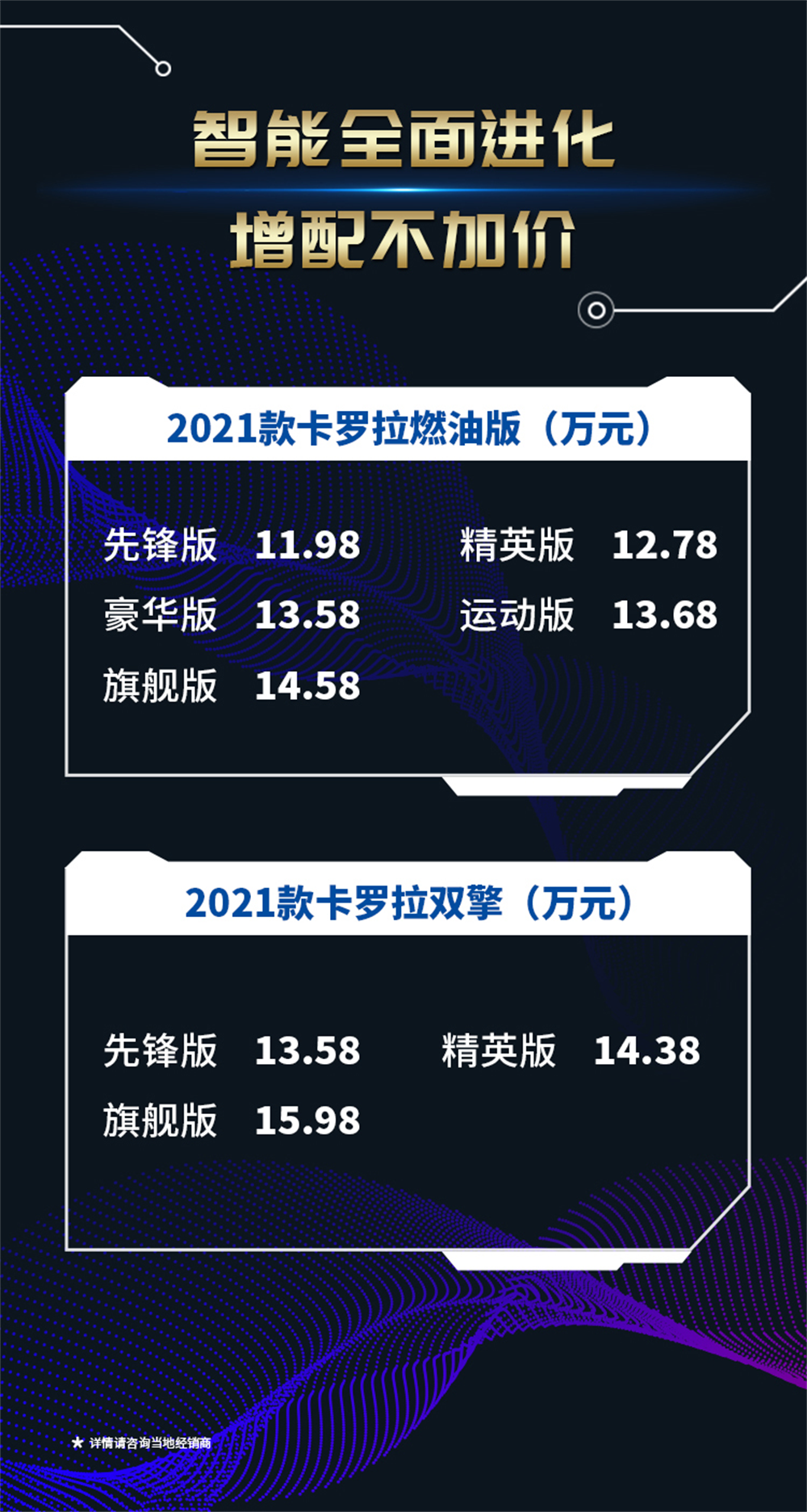 The three "aces" are leading

Under the TNGA architecture, Toyota's three leading "ace" technology for the safety system TSS 2.0 and THS Ⅱ hybrid power system, Corolla deserves to become the benchmark for technology at the same level.

The 2021 Corolla is the only model in its class equipped with L2 autonomous driving core functions as standard. It is smart and safe and comparable to luxury models, including PCS pre-collision safety system, DRCC full-speed domain dynamic radar cruise system, LTA lane tracking assist system, AHB automatically adjusts the high beam system, the only standard autopilot system in the same class, making driving an easy and safe thing.

In terms of power technology, Toyota has a unique hybrid technology in the world. Toyota's THS (Toyota Hybrid System) with planetary gear sets as its core technology is recognized as a "true hybrid", and more than 15 million users worldwide have chosen Toyota hybrid models. . The 2021 Corolla dual-engine model adopts Toyota's latest hybrid power system THSⅡ. The optimized 1.8L Atkinson engine has a thermal efficiency of up to 40%. The E-CVT transmission structure is optimized, which is more stable and reliable. The PCU power control unit has a larger volume. Small, the battery pack is moved under the second row of seats. The trunk space is the same as the fuel version. The minimum fuel consumption is 4.0 L/100km (Pioneer version). Users can run 1,000 kilometers with only one tank of fuel. 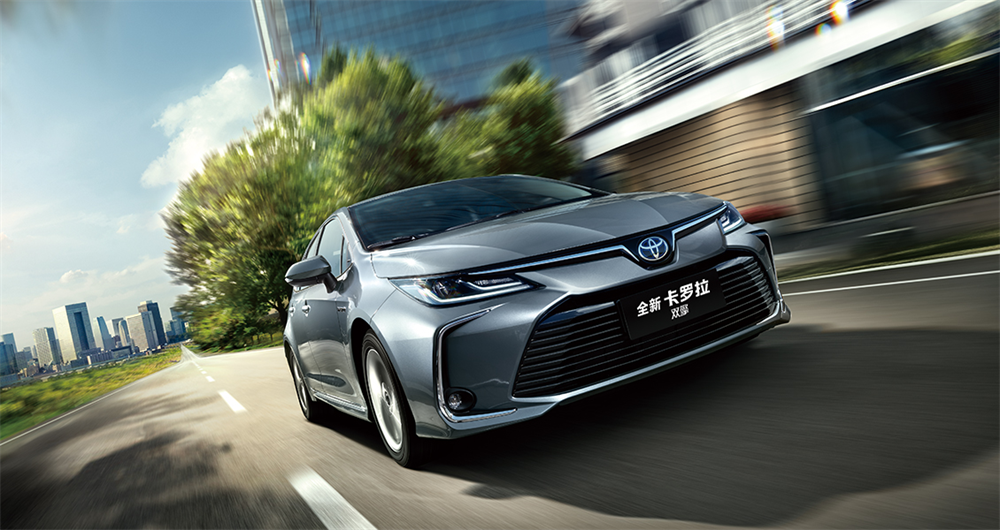 Under the TNGA architecture, Corolla’s chassis and handling experience have undergone tremendous changes. The entire system is equipped with a front McPherson/rear double-wishbone full independent suspension that is rare in its class, which can fully filter the bumps from the road and enhance Comfort and control pleasure. In addition, Corolla is also a benchmark in safety. The whole system is equipped with 8SRS airbags, uses GOA high-rigidity body, and a wealth of active and passive safety configurations. It has obtained multiple G in the rigorous crash test of the "China Insurance Research Institute" Grade (excellent) evaluation shows that Corolla can fully protect the safety of drivers and passengers.

In the 53 years since its birth, Corolla has won the trust of 48 million users and is a well-deserved global family car sales leader. The new generation of Corolla under the TNGA framework has fully inherited Toyota's QDR quality genes. FAW Toyota owns Toyota's first overseas TNGA brand new factory, and has repeatedly obtained Toyota's global quality audits with "zero bad" results. At the same time, in the "Research Report on China's Automobile Value Preservation Rate" jointly released by 58 cars, JD Power and Uxin (updated in March 2020), Corolla won the first place in the compact car with a three-year value retention rate of 60.8%, which fully proves In this way, users fully recognize product quality and product strength.

FAW Toyota adheres to the business philosophy of "Users First", escorts users to travel with the ultimate quality, and creates a new intelligent travel experience with comprehensive leading technology. The 2021 Corolla meets current users' requirements for smart travel, and the cost-effectiveness of the vehicle has been further improved. The configuration level is completely comparable to that of the B-class car. It will once again stabilize the position of the compact car benchmark and perfectly continue the Corolla brand legend. 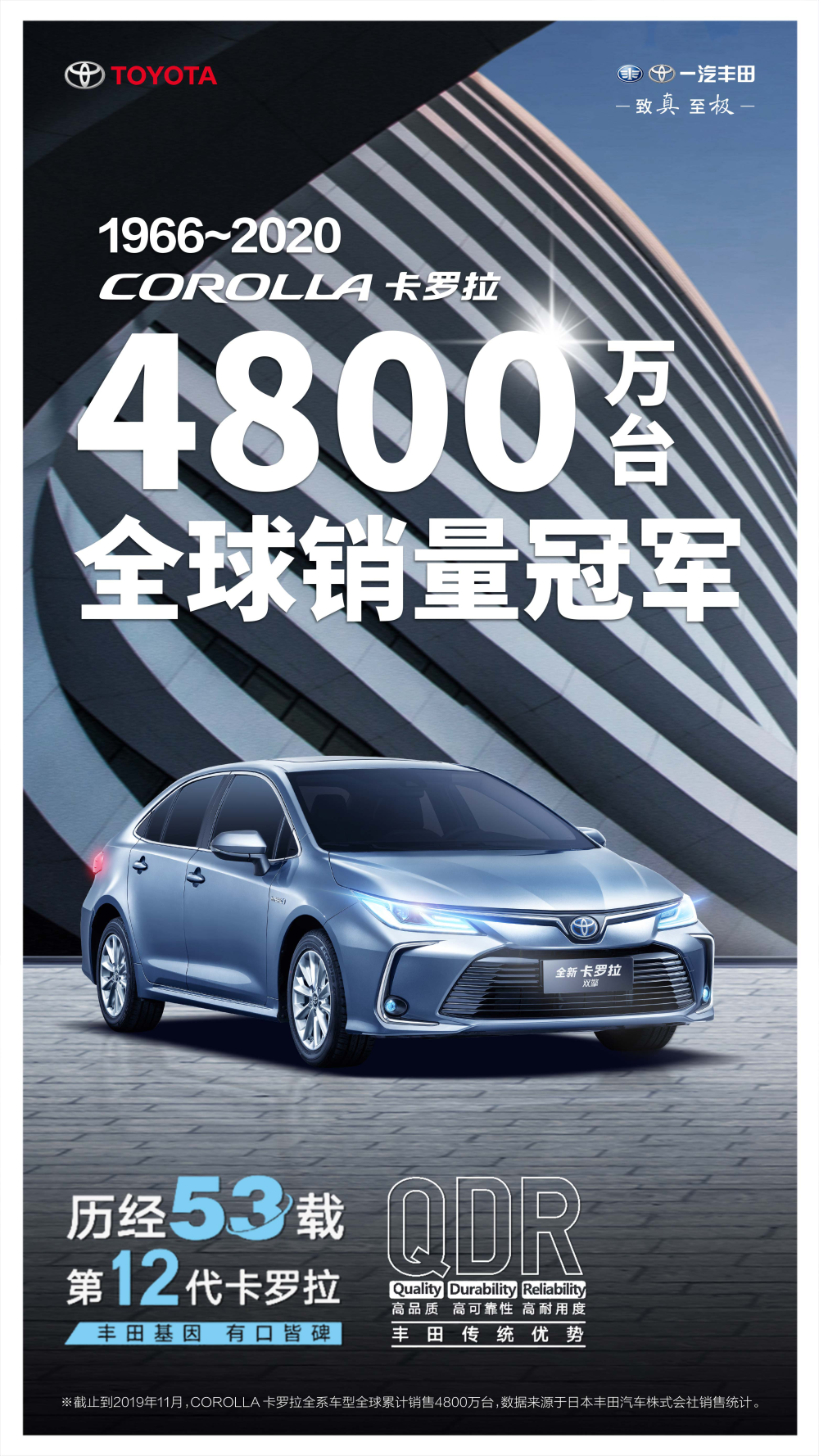 PREV：The list of heroes is revealed! FAW-Volkswagen was awarded the title of excellent enterprise responsible for the epidemic
NEXT：Luxury imported MPV and VELLFIRE HYBRID are renewed and upgraded